Let’s face it, no matter what it smells like, be it rotten eggs, garlic, or even worse, bad breath stinks. And if you’re like most people, you don’t care what the smell is, you just want to get rid of it!  The harsh reality is that bad breath is made up of a complex set of odor compounds. In order to get a complete diagnosis of the primary cause of the problem, more than just the popular Halimeter® test is needed.

What the Halimeter® Will Detect

If you have visited a dentist regarding a bad breath or halitosis problem, he/she may have used a device called a Halimeter®. The Halimeter® can quickly and accurately measure the Volatile Sulfur Compounds (VSC’s) present in your breath. VSC’s can be any combination of the following chemicals:

I find that most people, between 80-90%, have sulfur-based compounds as the primary source of breath odor. However, it is important to go beyond only testing for sulfur compounds because many individuals have a “mixture” of sulfur and non-sulfur odors lurking in their mouth. Remember, these odor compounds are actually bacteria that live in your mouth and thrive in places like:

Bacteria love the dark, moist, air-deprived areas in your mouth because they can easily live on the proteins and sugars found in your saliva, dead mouth cells, blood cells, food particles and mucous. Those with allergies or sinus problems usually have protein-rich post nasal drip that collects on the very back of the tongue. In time, the bacteria feeding on this mucous will produce waste products in the form of Volatile Sulfur Compounds which creates a thick, whitish biofilm coating on the tongue. In other words — more odor!

Odors Found in the Mouth

Here is a  list of the eight most common odor compounds causing bad breath/halitosis and their resulting smell.

8 of the Most Common Bad Breath Odors

The odors highlighted are sulfur-based and can be measured by the Halimeter®. What if your breath odors are comprised of the other odor compounds? How can this be evaluated? While there is no “single” test that measures the severity levels of every odor found in the mouth, from over 25 years of diagnosing and curing bad breath, I have found the combination of four different tests can accurately establish a complete diagnosis.

Here’s what we use at the National Breath Center …….

By using all four tests instead of solely relying on the Halimeter® reading, we are able to provide an accurate and more complete diagnosis of an individual’s bad breath/halitosis condition.

The Low-Down on Bad Breath Diagnosis

It is important to understand that bad breath is a complex set of odors caused by bacteria. The majority of mouth odors are produced from sulfur-based chemicals which can be detected by the Halimeter®. However, since the same bacteria also produce odors that the Halimeter® does not measure, we use three additional time-proven tests to provide our patients with a complete diagnosis of bad breath severity and a plan for complete elimination of all odors. 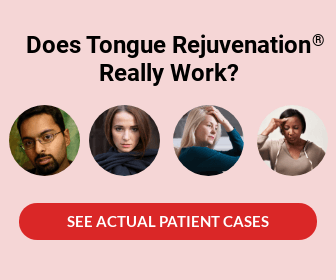