If you’re trying to get rid of bad breath, you’ve probably walked down the oral care aisle in your local market or superstore and been confused by the many types of mouthwash, ranging from brands that have been around for years to newer “hybrid” mouthwashes and everything in between. Most promise to get rid of bad breath, but how do you know which mouthwash ingredient is the most effective at getting rid of the bacteria (the culprit!) that cause bad breath odors? 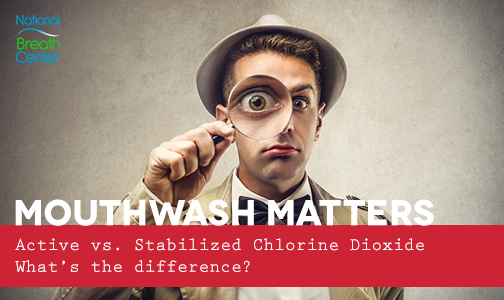 Don’t Buy Another Bottle of Mouthwash Without Knowing the #1 Most Effective Ingredient for Stopping Bad Breath!

SUPREME BREATH Tru-Active chlorine dioxide mouthwash is recommended by halitosis specialist, Dr. Richard Miller, and is the only mouthwash used at the National Breath Center for maintaining the bad breath Total Cure as it prevents tongue biofilm from forming again. 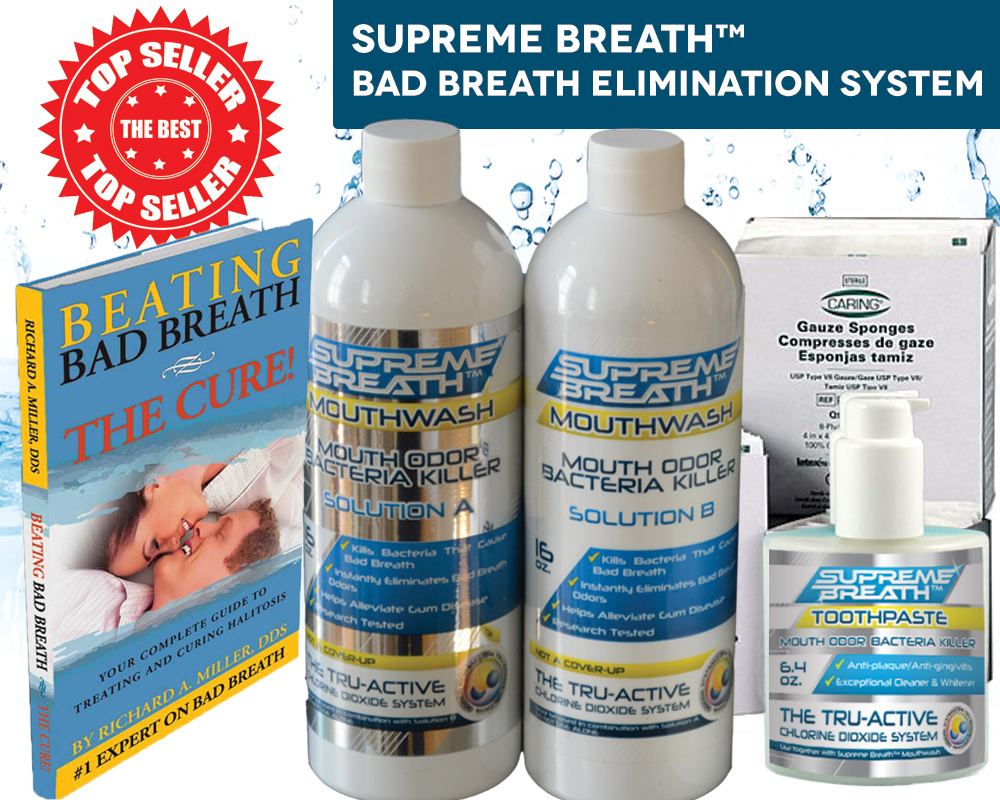